As the water temperature starts to rise at this time of year, to a very Trout friendly 15/16°C. The Trout also rise, in the water column looking for food. As it this temperature the trout really start to feed hard and pack on the weight becoming very active in the search for food. Often moving from the banks in search of food over the open water. It’s now when we experience the large buzzers in red, olives and browns start to make an appearance. This change in the type and size of Buzzers normally mean that Diawl Bach’s really start to come into their own often with a little bit of flash or hotspots to pull the fish in while they feed and move over the open water.

The washing line method so named as the leader looks like a ‘U’ shaped washing line with the dropper or droppers hanging down or “pegged out on the washing line”. This effect is created by suspending the dropper/ droppers with a floating fly from the point or both the point and top dropper. Making it the perfect method for fishing on the top feet of the water. However, it can be done on a variety of midge tip lines to fish further down in the water if the fish drop due to wind or sun for example.

The most common set up for washing line on reservoir is to fish a Foam Arsed Blob (FAB) on the point or a booby, then 2 nymphs on the droppers, my personal preference is to fish a hothead or flashback on the top dropper with a drabber fly in the middle. This gives the fish two targets to draw them into the cast as they will be feeding over a wide area at this time of year, while still having the drab fly which will often take the more wary fish. The spacings for this is easy 5ft from the fly line to the first fly and then 5ft between the others, giving an overall leader length of 15ft. With the leader of choice normally being 8.5lb Fluoroflex Plus tippet from RIO as its low diameter and good knot strength. While guiding clients often say “oh that long a leader I don’t think I can cast that”. I always say you will be able to, it fine, just remember to wait for the leader to unroll on the back-cast. The issues normally occur with tangles on the washing line when the flies are hung at the boat and its time to re-cast. As the weight of the nymphs will have pulled the buoyant fly under the surface and it will not want to come out. Then suddenly it does sticks in the surface and causes the flies to wrap around the rod. The important bit to avoid this is to roll cast the flies until they are all out the water and lying straight and then the overcast can begin. Remember this tip and you will soon be fishing four fly casts on 24ft leaders with no problem!

First off when fishing the washing line is once the cast is made give it one or two good pulls to make some disturbance to attract the fish to flies before starting the main retrieve. This can often result in the fish bow waving after the fly when pulled. You will see from the picture below a fish chasing a pulled fly. When this occurs keep going until the fish “locks up” on the line, and then strip strike to set the hook in order to keep the fly near the fish if missed. Then when it all goes right you will have a cracking fish coming over the net with the FAB in its mouth. This tactics of pulling the washing line is also fantastically effective when covering moving fish to grab their attention.

When it comes to fishing the washing line, remember the swing tip from the previous buzzer article? Well now is another perfect time to bring it into play. As this allows the retrieve to be easily monitored to make sure the nymphs are being fish static of very slowly. This allows for the flies to fish static and act natural in the water. Slowly descending with the buoyant fly slowing down the descent speed of the nymphs. This slow descent of the flies with the attractor on the point can often prove irresistible to the fish and the takes can nearly rip the rod out of your hand.

One top tip to stop those leader snapping takes is to figure of eight with your hand off the rod allowing a little of a cushion with slack from the rod to your hand with also having the ability to just drop the line with savage takes. Hopefully these tips on how to get the most out of this deadly method will help to result in more fish in the boat. Like this lovely Rainbow taken from the open water at Draycote on a day the washing line proved deadly. To coincide with this blog and good washing lining sport currently on offer please see the website www.flyfishstore.co.uk for this weeks special off of Fishery Management (UK) guides top flies for washing lining. 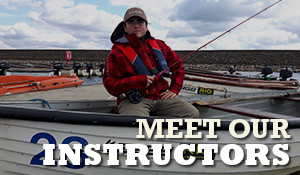